Domestic Violence – the effect on children and young people 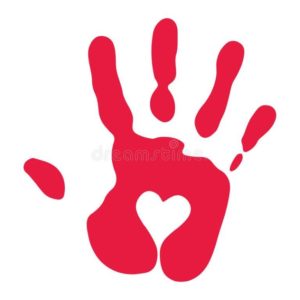 As a result of Coronavirus outbreak, many victims of Domestic Abuse face additional challenges and barriers to accessing support. While self-isolating, families will spend extended periods of time together and it is recognised that tensions may rise, escalating the risk of Abuse and Violence.

14 women and 2 children have been killed during the first 3 weeks of lockdown (the highest in 3 weeks for 11yrs). Meanwhile, the number of calls to the National Domestic Abuse helpline run by Refuge was 25% above average in the second week of lockdown and 49% higher than normal after three weeks.

There has also been a 35% increase of calls to Men’s Advice Line, in the first week

If you are currently experiencing domestic abuse, you are not alone, and we would like to reassure our residents that support service are still available to offer help.

For other resources and services follow the link below

DOMESTIC ABUSE AND COVID19 for Victims and Surviours

What is domestic abuse?

Any incident or pattern of incidents of controlling, coercive or threatening behaviour, violence or abuse between those aged 16 or over who are or have been intimate partners or family members regardless of gender or sexuality. This can encompass, but is not limited to, the following types of abuse:

‘Controlling behaviour is: a range of acts designed to make a person subordinate and/or dependent by isolating them from sources of support, exploiting their resources and capacities for personal gain, depriving them of the means needed for independence, resistance and escape and regulating their everyday behaviour.

Coercive behaviour is: an act or a pattern of acts of assault, threats, humiliation and intimidation or other abuse that is used to harm, punish, or frighten their victim.’ (Home Office (2013) Information for Local Areas on the change to the Definition of Domestic Violence and Abuse)

Examples of Abusive behaviours include

The impact of domestic violence on children

The most significant risk factor for children exposed to domestic abuse is that they experience physical abuse which could result in their death.

The risks to children living with domestic violence include:

Children who witness domestic violence suffer emotional and psychological maltreatment (Note: Section 31 Children Act 1989: impairment suffered from seeing or hearing the ill treatment of another [amended by the Adoption and Children Act 2002]). They tend to have low self-esteem and experience increased levels of anxiety, depression, anger and fear, aggressive and violent behaviours, including bullying, lack of conflict resolution skills, lack of empathy for others and poor peer relationships, poor school performance, anti-social behaviour, pregnancy, alcohol and substance misuse, self-blame, hopelessness, shame and apathy, post-traumatic stress disorder – symptoms such as hyper-vigilance, nightmares and intrusive thoughts – images of violence, insomnia, enuresis and over protectiveness of their mother and/or siblings.

The impact of domestic violence on children is similar to the effects of any other abuse or trauma and will depend upon such factors as:

The impact of domestic violence on unborn children

30% of domestic violence begins or escalates during pregnancy. The expectant mother may be prevented from seeking or receiving proper ante-natal or post-natal care. In addition, if the mother is being abused this may affect her attachment to her child, more so if the pregnancy is a result of rape by her partner.

Send us an email